What's Your meaning of 'everything in Moderation'?

Okay, let’s be honest. How many of you have at times used ‘everything in moderation’ to rationalize a small feast of a favorite but maybe unhealthy food? I think most of us at one point or another.

That phrase started out as a pretty good idea. It was first seen back in 700 BC in the poem Work and Days by the Greek poet Hesiod. The actual phrase from that poem is “moderation in all things is the best policy.”

In today's society, 'everything in moderation' began as a way to encourage diversity in our diet on the premise that diversity increases nutrition as well as to encourage moderate portions of less healthy foods.

On the surface, it seems to make sense.

Did It Work as Intended?

The problem of course was that it was open to interpretation. Your interpretation of moderation might be quite a bit different than someone else's. And that's where the problems start. 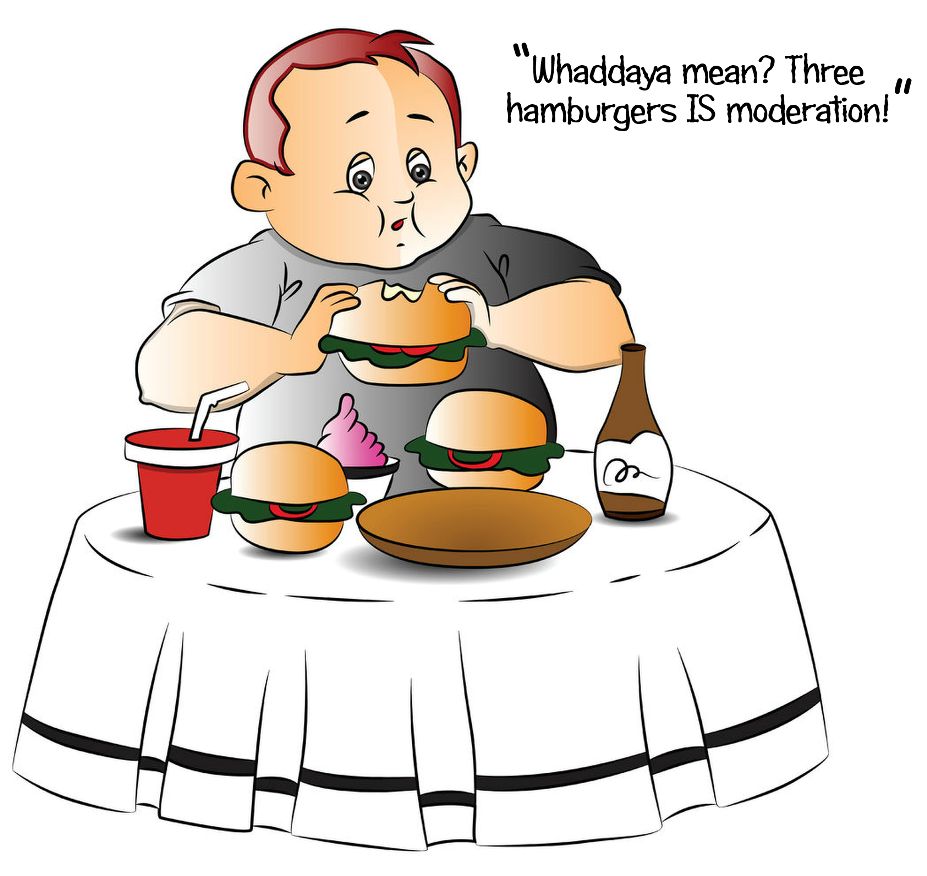 The phrase can easily morph into a rationalization for eating whatever we wanted as long as we 'don't have it every day' and/or the portion was maybe a bit smaller. And to no one's surprise, studies showed that how much we like a certain food plays a big role in our interpretation of portion size. Oh the games our mind plays...

Seems like we humans use a little mental trickery for both what we eat and how much. Our brains can get very good at defining moderation to suit our interests in the moment.

Does dietary diversity even work to improve nutrition?

A study done in 2015 of 7000 people put dietary diversity to the test. In the study, they showed that there was a greater chance of weight gain with more food diversity and variety as opposed to simply focusing on fewer healthy foods. Turns out a more diverse diet even though more healthy foods were eaten tend to increase unhealthy foods as well.

So greater food diversity is actually associated with not better but poorer health as well as seems to encourage weight gain. This study is definitely something to factor in if you’re thinking about weight loss.

‘Everything in moderation’ was never intended to be a catch all phrase that meant carte blanche at the buffet table, a little of this, a little of that. The fact is, if you are going to have the health you want to be your best self, or the weight you want, you will have to make the choices that support it.

Let's face it. We are going to eat foods that maybe aren’t all that healthy for us now and then. It happens. But when it becomes the norm, we may be headed down a health road we may not like.

So, everything in moderation? Just make sure how you define that age old phrase aligns with your intentions and your goals.