Orange Juice for a Cold?
Not so fast.

How many of us have gone our whole lives thinking that orange juice was the right thing to do for a cold? I know I did. 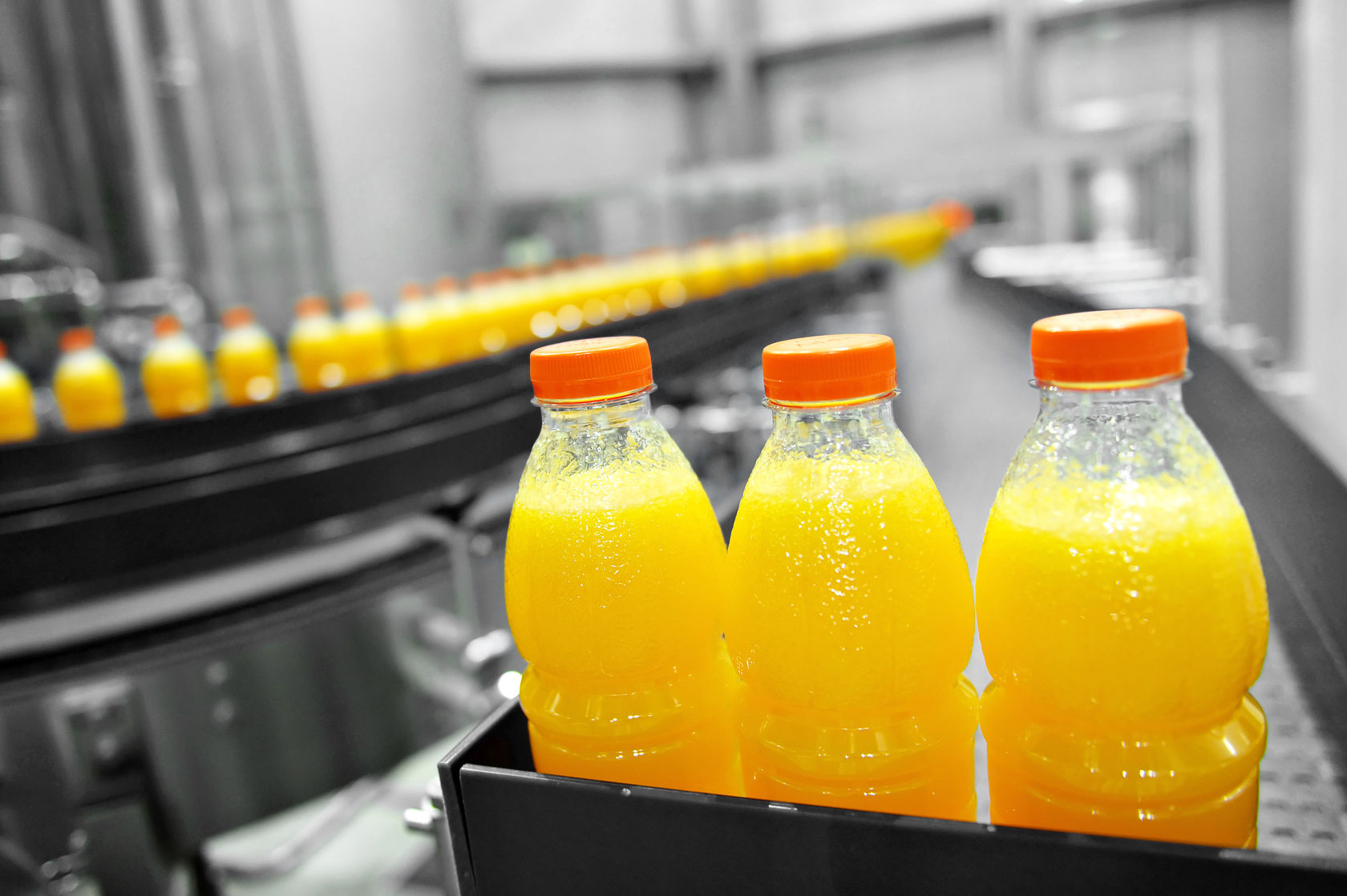 I spent a good part of my early life thinking so. Lot's of Vitamin C in a big glass of OJ, and just plain good for you, right?

Maybe not so much.

I talk to a lot of people about health. And the strategy of the majority of people with a cold who don't use natural remedies is twofold: they drink lots of orange juice, and many take an over the counter cold medicine.

Bad news, everyone. Both of these strategies are not only NOT helpful for a cold, they actually interfere with your ability to fight off the infection.

We've all heard that orange juice is supposed to be a good source of vitamin C and that Vitamin C is good for a cold and our immune system. I'm guessing from a television advertisement from any popular orange juice brand, or the evening news or other source of questionable authority.

Yes, Vitamin C is absolutely very beneficial for the immune system. But oranges as a source has been somewhat misrepesented.

Oranges are a solid nutritional fruit, no question. Unfortunately, oranges and especially orange juice simply don't have enough Vitamin C to much help with a cold.

The actual Vitamin C of an average medium size orange is about 70mg  However, to simply prevent scurvy, a debilitating Vitamin C deficiency disease that has ravaged mankind throughout our history, you need 45mg per day.

So the recommended daily allowance, or RDA of 60mg is barely enough to prevent scurvy! That is setting a seriously low bar, because the importance of Vitamin C goes well beyond simply preventing scurvy. And 60mg won't come close to what your body needs to help fight a cold.

Vitamin C has potent anti-aging benefits as an antioxidant, supports and helps repair and regenerate tissue, helps prevent cataracts, is a co-factor in collagen production, reduces the risk of heart disease, reduces cholesterol, reduces the risk of cancer, helps fight infection, and much more.

Sixty milligrams is nowhere near enough to accomplish all of these important tasks.

Most comprehensive research on Vitamin C suggests a daily intake of about 2000 to 4000mg per day. And depending on various factors such as stress in general or the stress of a cold or other sickness, one could easily take more.

You'd have to eat a lot of raw fruits and vegetables to get that much through food alone. So supplementing is the best way to get enough.

Other research shows that under stress of any kind, including sickness, other mammals that make their own vitamin C, which is nearly all of them, causes a substantial increase in the amount their bodies produce.

Experts suggest that in the past humans also produced their own Vitamin C. In fact, we have the genetic mechanism in our body to produce Vitamin C except for one small aspect within the pathway. Somewhere along our evolution we lost that ability. So it's fair to say if we still had the complete mechanism, we would be making a lot more than 60mg per day and most likely into the 1000's of milligrams daily similar to other larger mammals.

The Real Harm of Drinking Orange Juice For a Cold

But the biggest reason by far to avoid orange juice for a cold is the sugar content. We don't equate fruit juices with excessive sugar, but orange juice as well as other fruit juices are indeed very high in sugar. And it hits our body just like other simple sugars when juiced.

We are used to hearing about sugar in relation to insulin resistance and diabetes as well as obesity. That is reason enough to question regularly drinking fruit juices.

But most don't realize the huge impact it has on the immune system.

Studies show that the amount of sugar in just a 4oz glass of orange juice is enough to lower immune function by half and the effects lasted for over five hours. That’s huge.

A 50 percent reduction in critical immune functions for hours is really big deal and it's a big reason to avoid orange juice and especially during a cold or flu when you want your immune system to performing at its highest level.

Yes, it's more natural, but it's still just a simple sugar when juiced. Simple sugars of all kinds including fructose, glucose and sucrose have the same effect on compromising the immune system.

An eight ounce glass of orange juice has 112 calories and 21 grams of sugar, which is 5 1/4 teaspoons of sugar. 90% of the calories in a glass of orange juice is sugar.  In contrast, the same amount of Coca Cola, always considered the bad guy for sugar contains 96 calories, 12 calories less than the orange juice! Who would have thought. So if sugar matters to you, stay away from both! (Cola's are still far and away much worse for your health in general. Avoid them. I simply wanted to draw the calorie comparison in case you thought fruit juices were low-cal.☺) 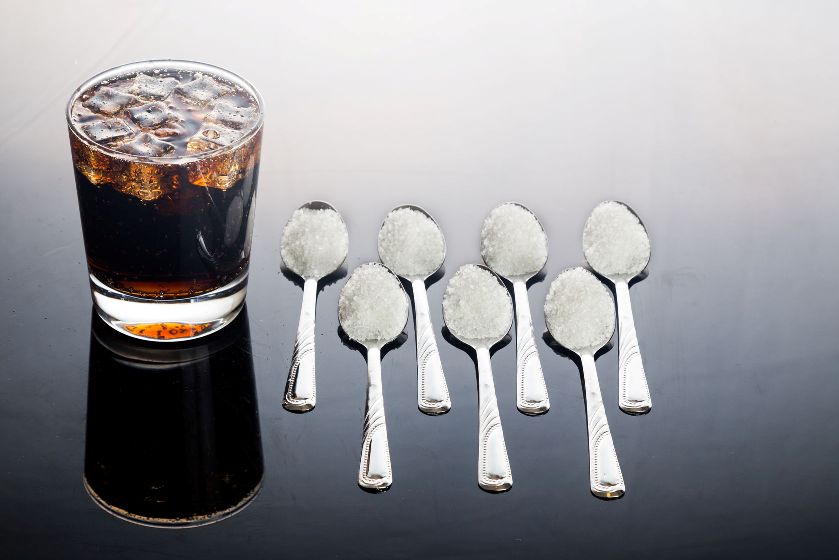 Sugar is VERY bad news for your immune system.

It really doesn't matter where the sugar comes from though as the effect of sugar on your immune system is the same. It can come from a candy bar, ice-cream, soda, or any other sugary drink or other fruit juices such as apple, grape or pineapple.

It's interesting to note that starches such as potatoes that break down to glucose in the body do not show the same effect.

How To Actually Help A Cold

Your best bet to help you through a cold is to definitely increase your Vitamin C intake. But you'll need to supplement to get enough.

Also use herbs such as Olive leaf, Elderberry or Echinacea to stimulate your immune system and that help directly to fight viruses and bacteria. These herbs and more are part of our ImmuniPak formula designed specifically to fight colds.

Eat lighter healthy foods such as soups to give your digestion a break and get extra rest to allow your body to better fight the fight.

And by all means, eat a few oranges! Organic if you can. But definitely stay away from orange juice.

Want an herbal formula that will help you really fight a cold? Click here.