Back to Best Articles

The Myth of Aging

“I’m getting old.” “I just can’t do what I used to do!” If you live in America, and you’re over 40, chances are pretty good you've said something similar.

Maybe a little more stiffness and tiredness in the morning that starts to linger throughout the day.

Or you find yourself out of breath with just a few flights of stairs. Or simply struggling to do routine physical or mental activities during the day. And then, we blame it on getting older. It's where the myth of aging starts.

The Myth of Aging in America

In America, we think of 65 as the age of retirement, where our productive lives begin to wind down.

But what if I told you of a few other cultures from around the world that would put our model and concept of aging to shame? What if I told you about an 88 year old farmer who still works 11 hour days, 7 days a week? And happily, I might add.

Or how about the 78 year old Master Black Belt Karate instructor who still maintains a rigorous daily teaching schedule and has never even been to a doctor? Ever... If you think these are isolated cases, they are not. They are regular occurrences in other areas of the world.

The body just breaks down, right?

Well, sort of. There’s no question that our abilities decrease with age. But  should we really be so quick to accept the model of aging that we have in America? I say no. And there are cultures around the world that prove that the myth of aging we have in America is just that: a myth.

We tend to use the term 'aging' and 'getting older' interchangeably. But they’re not the same. We all get older. But aging, that is, the body degenerating, is very much dependent on what we do day to day. Or don’t do. The good news is that you have much more of a hand in how that happens than you might currently think.

By now, everybody knows that lifestyle and how we eat are the keys to healthy longevity.

And there are two cultures in the world that prove it, whose population doesn’t just regularly live to a hundred, and even well beyond in some cases, but are also productive and actively engaged in their lives far beyond what the average American sees as possible.

When we look at how some other populations age, it can't help but make us rethink our own ideas about how we age.

The Hunza's and the Okinawans

The Hunza’s of northern Pakistan and the Okinawans of Japan are two such cultures that challenge our myth of aging.

The farmer and karate instructor I mentioned above are two examples from Okinawa, one of the most southern islands of Japan. They have by far more centenarians than anywhere else in the world, with the exception of the Hunza’s. 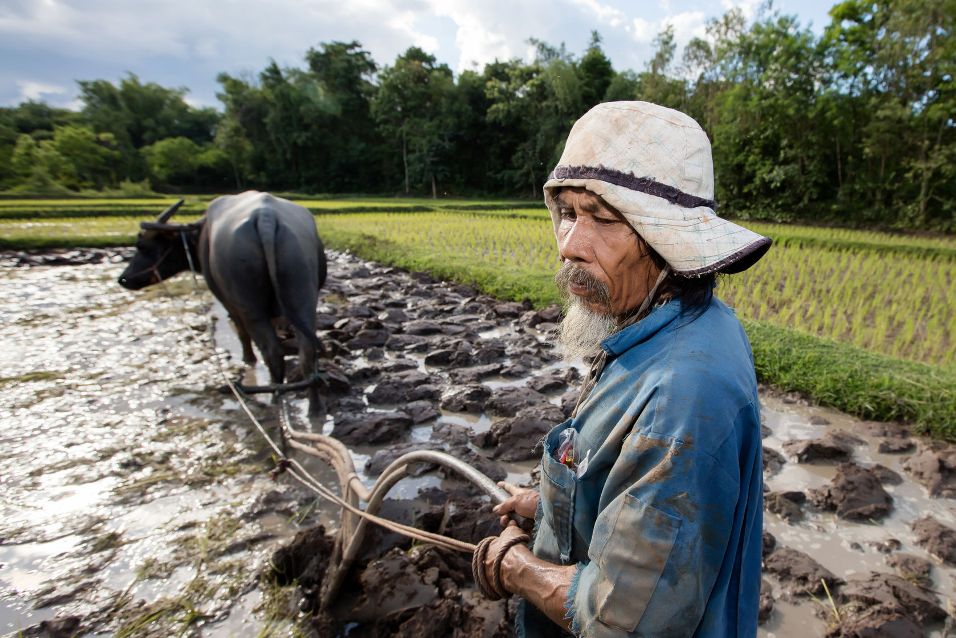 And they aren’t just living, they are thriving. The ancient Chinese even called Okinawa ‘the land of the immortals.’

The Hunza’s are an equally amazing culture for how they age. They are quite isolated in the Himalayan mountains of northern Pakistan.

Stories of individuals living beyond 120 are legendary. And while they don’t keep birth records as we do; they mark their time/age by certain events that happen, there is still plenty of evidence that supports their longevity and productivity well beyond 100 years old.

But there’s a not so happy ending to the Okinawan story. Over the last several decades, the younger generations have all but abandoned the diet of their ancestors in favor of a western diet, and have seen premature aging and degenerative disease rates that reflect our own.

So the message is pretty clear:

Wear our jeans and sneakers, but please don't eat our food!

Of course, aging isn't just about food choices. There are other factors such as activity, a positive attitude, environment and others. But food choices are by far at the top of the list. These two cultures are the living examples of the power of food and put the myth of aging to the test.

So how do they eat?

The base of each of their respective diets are starches, or complex carbohydrates. Yup. Those starches. Grains and tubers such as wheat, potatoes and rice. I realize that this flies in the face of some of our contemporary ideas about what constitutes the best diet.

However, when you look at the biology of your body and how you're built, there's a lot of evidence, starting with the starch digesting enzyme amylase.

Amylase as the dominant enzyme in your saliva, which is really where digestion starts, is a strong hint at how and what you probably should be eating.

In the case of the Okinawan's, before the westernization of their diet, about 85% of their diet was complex carbohydrates, or starch, with sweet potatoes comprising about 70% and rice about 12%.

The foundation of the Hunza diet is also starch, but in their case, it’s grains: whole wheat, millet, buckwheat and barley. They eat chapatti’s, a type of flat bread, consisting of these grains at every meal. Sometimes, a little chickpea and bean flour are added.

Key:
There are virtually no simple carbohydrates
or processed grains found anywhere.

Both the Okinawan’s, and Hunza’s are near vegetarian. Very little meat is consumed. Just 1% of the Okinawan diet is comprised of meat. Not much more for the Hunza.

The Okinawan’s eat very little dairy, the Hunza’s a little bit more. In the case of the Hunza’s, their dairy is goat, with which they make cheese and yogurt. And it’s always raw and unpasteurized.

They both consume plenty of fresh raw vegetables. This is a very big one. Raw vegetables are a key to optimal health wherever you are, because of the sheer volume of nutrition and enzymes that you get. And both of these two groups eat plenty of raw vegetables. Having some raw vegetables with every meal is a good place to start. (I drink mine... More on that soon.)

They both consume a low-fat diet. The Hunza get some of their fat/oil from apricot seeds that they press and use for cooking and salads. Otherwise, little fat from nuts or seeds.

You would think that the Okinawans, being surrounded by water, that they would eat a lot of fish. But they don’t. Only 1% of their diet consists of fish. This one surprised even me. A few 3 oz portions of fish a week is about it.

Neither group eats a lot of fruit. But when they do, it is fresh, whole, raw, and mostly local. The Hunza dry some fruit literally on the rooftops of houses for the winter. And, of course, nothing is added. No preservatives, pesticides, or any other additives.

But it's not just what the Okinawan’s eat. It's also how much.

They practice a dietary philosophy known as Hara Hachi Bu.

It translates to 'eight parts out of ten full'. Which means, they eat only to the point at which they are about 80% full. This is my personal philosophy as well.

So if you were to count calories, that means a daily intake of about 1,800 calories, compared to the more than 2,500 that the average American male consumes.

The Hunza’s also have a similar practice. Solid evidence is coming out that some calorie restriction can have a big impact on aging.

This practice tells us that they are also quite conscious and aware of their food intake, and that they also eat as much for health and longevity as for survival or pleasure.

Obviously, if we choose to live in America where the myth of aging is alive and well, we have some choices to make if we intend to stay strong and healthy into our advanced years.

But we could do no better than adopting and emulating as much as possible the diet and lifestyle of these two incredibly healthy cultures.